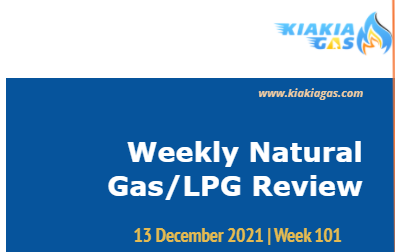 The minister spoke at a session titled "Regional Development and Opportunities in Africa," according to the Nigerian News Agency (NAN). According to him, the increase would place Nigeria among the countries with the world's largest gas reserves.

According to Iranian news agencies, a gas condensate pipeline at a gas refinery in southwestern Iran exploded on Thursday after being hit by an excavator, but no one was hurt and the line was shut down.

There were no injuries, and rescue and operations personnel are on the scene, and the line has been cut off. A similar report was published by the semi-official Fars news agency.

According to the semi-official YJC news agency, Mohammad Asgari, a spokesman for the National Iranian Gas Company (NIGC), the accident had no impact on gas production. Iran has the world's second-largest natural gas reserves, but production has lagged behind demand for heavily subsidized gas, owing in part to a lack of investment and foreign partners such as the United States.

According to the US Energy Information Administration, dry natural gas production in the United States will rise from 95.1 billion cubic feet per day (Bcf/d) in October 2021 to 97.5 Bcf/d in December 2022, a 2.4 Bcf/d increase (2.5 per cent).

If realized, the forecast production level for December 2022 will surpass the previous high of 97.2 Bcf/d set in November 2019. Before COVID-19 was declared a pandemic, and before COVID-19-related declines in demand resulted in production declines to a low of 87.3 Bcf/d in May 2020.

Oil prices sank 3% to below $80 a barrel on Friday, as rising COVID-19 cases in Europe slowed the economic recovery, while investors considered the possibility of big economies releasing oil reserves to lower prices. Brent futures slid $2.35, or 2.9 percent, to $78.89 a barrel in January.

This will shortly be the US front-month. For the first time since March 2020, both benchmarks fell for the fourth week in a row. 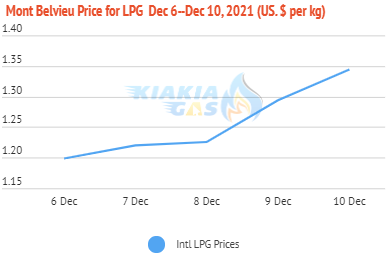 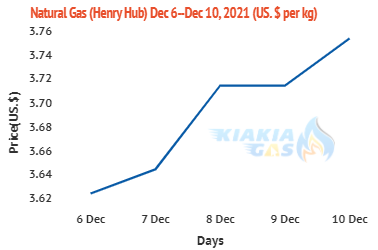 Excelerate has been providing regasification services to Petrobras' LNG terminals in Bahia, Guanabara Bay, and Pecém since 2012. At the Guanabara Bay LNG Regasification Terminal in 2020, the company's FSRU Experience set an industry record for send-out capacity, reaching 1.06 billion ft

According to GlobalData, natural gas production from the Marcellus and Utica shale plays in the United States will surpass 42 billion ft3/d by 2025, assuming gas prices remain above US$3.5 per million Btu.

Despite the fact that North America is the largest gas producer and supplies roughly 40% of total natural gas production in the US, no new pipelines are expected to come online after 2023, according to the leading data and analytics company.

"Environmental opposition in Pennsylvania, home to the majority of Appalachia basin production, created an onerous and exhausting approval process for pipeline operators," says Svetlana Doh, Senior Upstream Oil & Gas Analyst at GlobalData. Pipeline projects on the Atlantic Coast and in the PennEast have been canceled due to environmental concerns.

Sembcorp Marine Ltd has signed a contract with Bechtel Overseas Corporation (Bechtel) for module assembly of the second LNG train to be built at the Pluto LNG Project through its wholly-owned subsidiary, Sembcorp Marine Offshore Platforms Pte. Ltd. (SMOP).

Pluto Train 2 will be completed in 2024, and Bechtel and SMOP will form an integrated management team to oversee the module assembly program.

Pluto LNG is a single onshore LNG processing train that processes gas from the Pluto and Xena offshore fields and is located on the Burrup Peninsula near Karratha in Western Australia's northwest. Since its inception in 2012, Woodside has operated Pluto LNG in a safe and reliable manner. Pluto Train 2 will increase Pluto's current processing capacity by about a third. 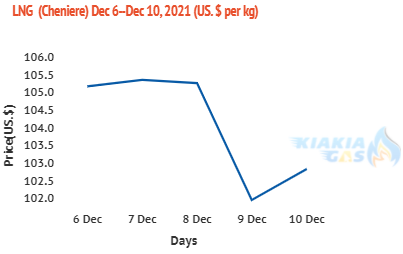 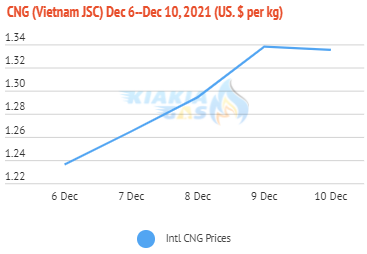 Energy Transfer's midstream and gas transportation systems will be significantly strengthened by the addition of Enable's natural gas gathering and processing assets in Oklahoma's Anadarko Basin.

Energy Transfer now owns and operates more than 114,000 miles of pipelines and related assets in all of the major U.S. producing regions and markets, spanning 41 states, solidifying its midstream leadership position. The transaction is immediately accretive to Energy Transfer and contributes to the company's deleveraging efforts.

It also includes significant cash flows from fixed-fee contracts that are based on fees. In addition, excluding potential financial and commercial synergies, the combined operations of the two companies are expected to generate annual run-rate cost and efficiency synergies of more than $100 million. 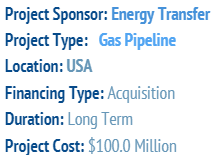 "We've had long-standing relationships with both major utilities for over forty years," Tom McCormick, President and Chief Executive Officer of Primoris, said. "These multi-year master service agreements strengthen those ties and extend our MSA portfolio through 2026," says the company. 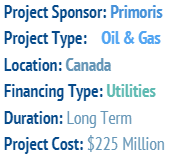 UTM Offshore and the African Export-Import Bank (Afreximbank) have signed a memorandum of understanding (MoU) in support of a floating LNG (FLNG) project. On December 7, UTM CEO Julius Rone and Afreximbank president and chairman Benedict Oramah signed a Memorandum of Understanding, according to a company statement.

The agreement covers a $2 billion capital raise. The bank also pledged $3 billion to fund a second phase of the FLNG project. Afreximbank will support a final investment decision (FID) in the future, according to the Nigerian company.

The goal, according to the company, is to reach first LNG in 2026. The Yoho field is held by OML 104, and UTM's project is based on an FLNG vessel there. Mobil Producing Nigeria is the operator of OML 104. 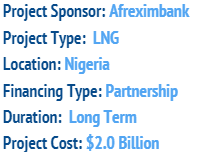 THE Senate Committee on Local Content threatened to sanction Saipem SPA yesterday for failing to provide evidence in connection with several petitions it had received alleging that the firm had violated the Local Content Law in the execution of the Train-7 Project. Mr. Yeon Seop Jung, Daewoo Engineering and Construction Limited's Deputy Managing Director, who had appeared in place of the company's Managing Director, was also escorted out by the committee.

The Senate's committee had invited Daewoo and Saipem's Managing Director to testify after receiving several petitions alleging violations of the Local Content Law. The Nigerian Liquefied and Natural Gas, NLNG, Company owns the Train-7 project, which is the country's largest gas project, valued at around $10 billion.

The Nigerian LPG market is the next success story of the Global LPG industry, if you need a partner with a global perspective and local expertise in the Nigerian and African space, kindly book a free session with our team of experts to help you http://www.kiakiagas.com/book-session or write us an email at advisory@kiakiagas.com or Whatsapp: +2348085269328

CHALLENGES AND OPPORTUNITIES IN LPG DISTRIBUTION

Consuming liquefied petroleum gas (LPG) is becoming increasingly essential in Nigeria, particularly now that the government is advocating for the use of Autogas. Previously, LPG was only used in the kitchen and for other large-scale industrial applications. There is a desperate demand for it right now. There is a money-making potential in this entire situation, and you cannot afford to pass it up. If you've ever considered establishing a LPG business, you should give gas distribution business a go today, at least on a modest scale. This is due not just to the fact that everyone cooks, but also to the fact that next-generation automobiles are built to use it. Kiakiagas is a company that has vast experience in the building of gas projects in quick time. Our platform provides data to support infrastructural development in the gas value chain. Our management platform allows you to monitor the progress of your project in real time with our real time project monitoring. We offer a variety of services that cater for every stage of your project development.
Social Impact

Everything you need to know about LPG Storage tanks

A liquefied petroleum gas (propane) storage tank is a pressure vessel used to store the major component media, liquefied petroleum gas (propane). At 50°C, the storage medium's saturation vapour pressure is less than or equal to 1.63MPa, and H2S solubility is less than 7.7mg/L. Above-ground storage tanks and subsurface storage tanks are the two types. LPG is suitable for both domestic and industrial usage, but it can be dangerous if you don't utilise it properly or follow the LPG storage tank requirements. Kiakiagas is a leading company in getting you the best quality of LPG tanks that are manufactured in line with the USA and Nigeria governments’ requirements. You will get to know that there are several specialised techniques to keep and maintain an LPG storage tank that you should never overlook, when you engage us to provide you a quality and durable LPG tanks. We will guide you through the regulations for storage to ensure maximum safety of the product.
Social Impact

How LPG can be utilized in your everyday lives

It is just as important to have a Liquefied Petroleum Gas (LPG) connection as it is to have an electricity connection, as they are both necessities that people cannot survive without. Natural gas extraction and crude oil refining produce LPG as a by-product. LPG is a combination of hydrocarbon gases, with butane and propane being the most common. LPG is a colourless, odourless, non-toxic gas at room temperature. It changes into a liquid state at low pressure or at colder temperatures. This technique reduces the volume of the gaseous aggregate state to 1/250 of its original size, making it easier to store and transport LPG in cylinders. For safety reasons, a LPG cylinder is only filled with 80% liquid while the remaining 20% contains gaseous LPG.