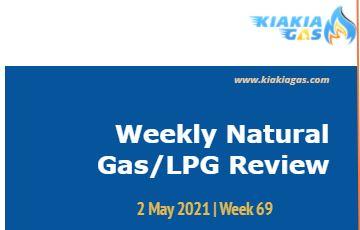 Indonesia expects major improvements to its energy infrastructure to achieve its 2030 goal of eliminating both liquefied petroleum gas (LPG) and fuel imports.

President Joko Widodo has tasked the National Energy Council, which is made up of seven ministries and other stakeholders and is in charge of formulating energy policy, with devising a strategy to allow for a halt in the import of LPG and fuel.

Building or upgrading refineries, converting refineries to biodiesel refineries, increasing domestic LPG output, and constructing a gas pipeline with a target of 10 million gas connections are all part of the plan.

Russia, Iraq, Iran, the United States, Algeria, Venezuela, and Nigeria, according to the World Bank, have been the top seven gas-flaring countries for the past nine years.

n its gas flaring satellite data for 2020, the bank said this on Wednesday in Washington, D.C. According to the study, the seven countries produced 40% of global oil per year but accounted for roughly two-thirds (65%) of global gas flaring.

“This pattern reflects the current, while diverse, problems that these countries face.“ For example, the United States has thousands of individual flare sites that are difficult to link to a market. “However, a few high flaring oil fields in Russian Federation's East Siberia are extremely remunerative.

As Canada grapples with a third wave of the pandemic, the oil-rich province of Alberta is fighting the highest rate of COVID-19 in the world, and on Thursday set a new daily infection record, surpassing 2,000 for the first time.

The oil sands are located in the Regional Municipality of Wood Buffalo, which has the highest rate of active cases per capita in the province.

Reuters reported that investors unloaded positions after poor Japanese crude import data and concerns about fuel demand in India, where COVID-19 infections have soared, as oil prices dropped from six-week highs on Friday.

Fuel demand is mixed across the world, with consumption increasing in the US and China while other countries restart lockdowns to combat the growing infection rate. 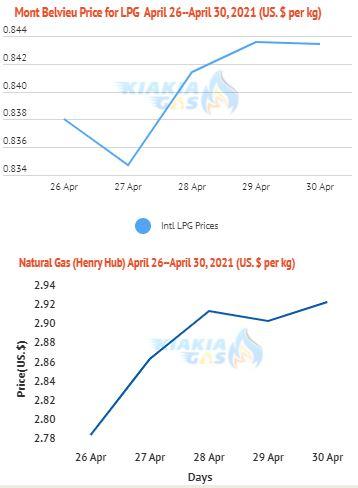 Reuters reported that CenterPoint Energy Inc, a U.S. energy company, announced on Thursday that it has agreed to sell its natural gas utility businesses in Arkansas and Oklahoma to Summit Utilities, a privately owned company, for $2.15 billion in cash.

The assets being sold include about 17,000 miles of pipeline in Arkansas, Oklahoma, and Texarkana that supply natural gas to over half-a-million customers, according to CenterPoint, which claims to be the largest gas utility in terms of customers.

As investors and consumers demand cleaner power generation, electricity suppliers throughout the United States are increasingly focusing on renewable energy.

Reuters reported that EnCap Investments announced on Tuesday that it has closed a $1.2 billion fund dedicated to renewable energy investments, marking the first time the private equity company has raised capital expressly for clean energy.

Since its inception in 1988, the Houston-based company has invested more than $38 billion in hydrocarbons, with its most recent flagship vehicle raising $7 billion in 2017.

Capital has been flowing into renewable energy development as investors have become more concerned about environmental issues.

Reuters reported that Delek Drilling, one of the field's shareholders, signed a non-binding agreement to sell its 22 percent stake to the UAE's Mubadala Petroleum for USD 1.1 billion, according to a regulatory filing.

Israel's Tamar offshore field, which supplies Egypt with natural gas under a 2018 agreement, could get a new shareholder. Delek hopes to complete the sale by the end of May, when the Israeli Energy Ministry should have given its approval.

The sale will be part of an Israeli government effort to increase competition and minimize concentration in the industry. The deal, if completed, will be one of the most significant changes since the UAE and Israel normalized relations last year.

Dana Gas, a member of the UAE's Dana Energy Group, has called off the sale of its oil and gas properties in Egypt to the Texas-based IPR Wastani Petroleum, according to a statement cited by Reuters.

The arbitration motion questions Dana Gas' right to terminate a sale and purchase agreement the two parties signed last year, but Dana Gas claims it was in a legal position to do so.

Last week, the company terminated the arrangement after failing to reach an agreement with IPR Wastani on some terms. Dana Gas would have sold the majority of its Egypt-based onshore assets in a USD 236 million deal.