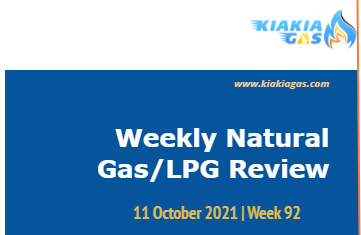 Once the board members of the Nigerian Upstream Regulatory Commission (NURC) take office, the Department of Petroleum Resources (DPR) would be defunct.

This was announced by Senate President Ahmad Lawan on Wednesday after the Senate confirmed the selection of the commission's board members. The Petroleum Industry Act (PIA) created NURC as part of the liberalization of the oil and gas industry. After the Senate evaluated the report of the Committee on Petroleum Resources, which screened the nominees, members of the board were confirmed. Last week, resident Muhammadu Buhari forwarded their names to the Senate for approval in accordance with the requirements of the PIA.

Reuters reported that theNational Grid said in its winter gas outlook on Thursday that the UK has enough gas supply capacity to fulfill demand this winter, although the electricity system operator warned of limited power supplies. The gas outlook analysis comes after wholesale gas prices in the United Kingdom surpassed 3 pounds ($4) per therm for the first time this week, having risen by about 500 percent since the beginning of the year, in tandem with increasing global energy prices. Because gas contributes for around 40% of electricity generation in the UK, high gas costs have also pushed up power prices. This has resulted in increased bills for consumers and businesses this winter, and has also contributed to the failure of many small firms..

Reuters reported on Thursday that National Security Adviser to Joe Biden asked energy providers to increase flows to meet demand, saying the US was concerned about their failure to do so.

Low supplies and rising demand have spurred skyrocketing gas prices, with the European benchmark up nearly 600% this year as economies recover from the COVID-19 crisis.

"The United States is concerned that, for a variety of reasons, supply is not keeping up with recovering demand," Jake Sullivan said after meeting with European Union officials in Brussels to discuss the gas issue.

Reuters reported that Oil prices increased on Friday, heading for a 4.2 percent weekly gain on evidence that some businesses are switching from high-cost gas to oil, as well as worries that the US government will release oil from its strategic reserves for the time being.

In a letter, Commonwealth Bank analyst Vivek Dhar said, "Oil prices climbed after the US Energy Department declared it has no plan 'at this moment' to draw into US strategic oil reserves to moderate the increase in oil prices." 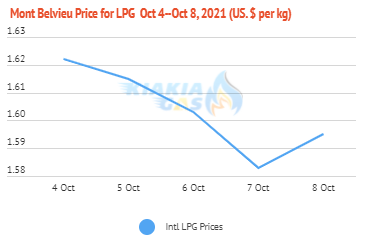 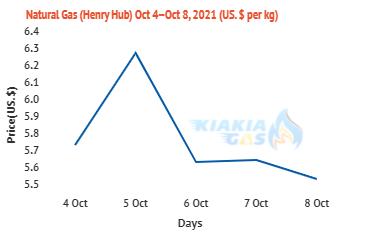 Following the delivery of its 50th LNG cargo from its first FLNG facility, the PETRONAS floating LNG SATU, PETRONAS has reached another milestone in floating LNG (FLNG) technology (PFLNG SATU).

On September 25, 2021, the milestone cargo was successfully loaded onto MISC Berhad's Seri Cemara LNG vessel for shipping to Taiwan. The 50th cargo is a significant milestone for PETRONAS, an industry pioneer, and illustrates the viability of offshore gas production using FLNG technology. In 2017, the Kanowit gas field off the coast of Sarawak produced the first FLNG cargo.

When it was transferred from the Kanowit gas field to its current position off-shore Sabah in 2019, PFLNG SATU became the world's first FLNG facility to effectively generate LNG from two remote gas fields.

TotalEnergies is publishing the Environmental, Safety and Health Impact Assessment (ESHIA) and biodiversity implementation strategy of the Arctic LNG 2 project, in which the Company holds a direct and indirect 21.64 percent stake, on its website, in line with its guiding principle of transparency in sustainable development and engagement with civil society.

Arctic LNG 2 has defined a set of actions that will be implemented based on the ESHIA and in accordance with the most stringent international performance standards in order to minimize the environmental and social footprint and to have a positive impact on biodiversity and the surrounding communities.

The average LNG price for supply to Northeast Asia in November is expected to be over $37 per metric million British thermal units (mmBtu), up nearly 16% from the previous week.

Prices for December delivery were expected to be around $38 per mmBtu. The Japan-Korea-Marker (JKM) of price agency S&P Global Platts, which is commonly regarded as a benchmark in the spot market, reached a new high of $56.326 per mmBtu on Wednesday before dropping later in the week. 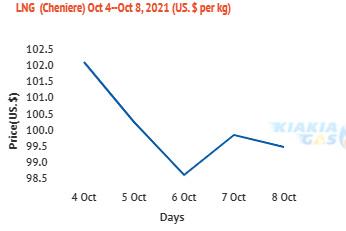 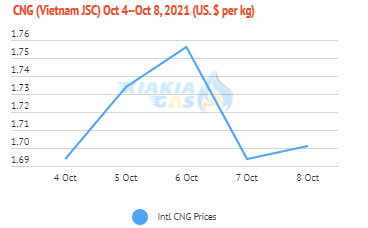 According to the source, EIG made its binding offer on its own. If EIG's proposal is successful, the company is still in talks with Enbridge and Fluxys about a potential partnership that would invest in and operate the project.

Dominion Energy announced on Tuesday that it has reached an agreement to sell the Questar Pipeline to Southwest Gas Holdings Inc. for $1.975 billion. Southwest Gas would gain a northward extension of its natural gas operations as well as a boost to its regulated business as a result of the transaction. The agreement comes after activist investor Carl Icahn wrote to Southwest Gas on Tuesday, encouraging the firm to forego the acquisition and instead focus on increasing its stock price. According to the company's website, Southwest Gas serves more than two million residential, commercial, and industrial customers in most of Arizona and Nevada, as well as areas of northeastern and southeastern California.

Minister of State for Petroleum Resources, Chief Timipre Sylva, revealed this in his keynote speech at the 2021 Seplat Energy Summit in Abuja yesterday, saying that this will allow the oil and gas sector to contribute more to the economy. Sylva further stated that the government has rejected the concept of a single pathway to energy transition and net zero carbon, stating that energy transition is a process, not an end point.