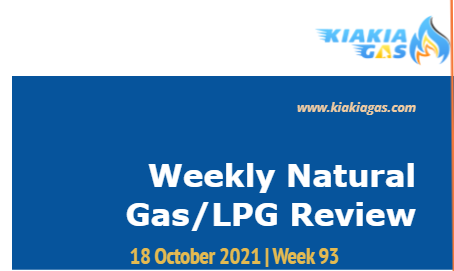 Marine and petroleum Nigeria reported in line with the IMF that Governments should refrain from utilizing general subsidies to cushion the impact of current high energy costs. Broad subsidies are costly, therefore policymakers should instead utilize targeted aid to assist low-income households who have been hardest hit by the recent spike, according to Paulo Medas of the IMF's Fiscal Affairs Department. The IMF suggests "targeting more targeted help to those who are most vulnerable and worst hit," such as cash transfers or electric bill subsidies for low-income households.

Reuters reported in line with the International Energy Agency, that A global energy shortage is predicted to increase oil demand by 500,000 barrels per day, stoking inflation and delaying the global recovery from the COVID-19 pandemic. As a result of significant energy shortages in Asia and Europe, oil and natural gas prices have recently skyrocketed to multi-year highs, sending electricity costs soaring to new highs. Higher energy prices are contributing to inflationary pressures, which, combined with power outages, could result in less industrial activity and a slowed economic recovery.

According to Reuters, due to rising energy prices, Americans will pay more to heat their homes this winter than they did last year, according to the US Energy Information Administration's (EIA) winter fuels outlook released on Wednesday. Natural gas is used by over half of American houses for heating, and the average cost for those homes is predicted to increase by 30% to $746 from the same time last year. Energy prices have grown dramatically over the world, producing power shortages in major economies such as China and India. Even though fuel prices, from natural gas to heating oil, have surged to multi-year highs and will affect household finances as the weather turns colder, the United States has yet to suffer the same effect.

Reuters reported on Wednesday that oil prices fell on concerns that crude demand might stall, eroding recent gains that had pushed prices to multi-year highs in recent sessions. Some traders are likely taking profits in US crude after West Texas Intermediate (WTI) futures touched their highest level since October 2014 over the last three days, according to analysts. Brent futures dropped 24 cents, or 0.3 percent, to $83.18 a barrel, while WTI crude in the United States sank 20 cents, or 0.3 percent, to $80.44. 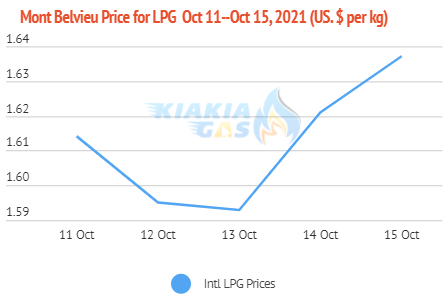 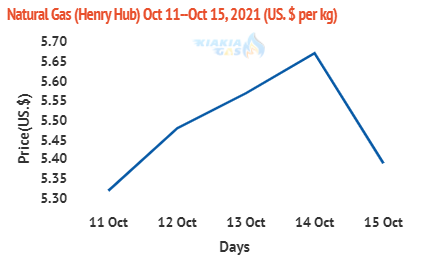 Reuters reported Industry on Wednesday that Singapore LNG Corp is inquiring about buying LNG cargoes on the spot market, a rare step for the operator of the city-liquefied state's natural gas (LNG) terminal. Four sources claimed SLNG is shopping for LNG on the spot market privately, with one of them saying it was looking for up to two cargoes for delivery into Singapore in November. It was unclear why SLNG was looking for the cargoes or whether the request was firm.

Reuters reported Industry on Wednesday that Singapore LNG Corp is inquiring about buying LNG cargoes on the spot market, a rare step for the operator of the city-liquefied state's natural gas (LNG) terminal. Four sources claimed SLNG is shopping for LNG on the spot market privately, with one of them saying it was looking for up to two cargoes for delivery into Singapore in November. It was unclear why SLNG was looking for the cargoes or whether the request was firm.

ENN LNG has committed to buy about 0.9 million tpy of LNG from Cheniere Marketing on a free-on-board basis for a period of approximately 13 years, starting in July 2022, under the terms of the SPA. The SPA's LNG purchase price is based on the Henry Hub price plus a predetermined liquefaction cost. The SPA is backed by ENN Natural Gas, which is serving as a guarantee. 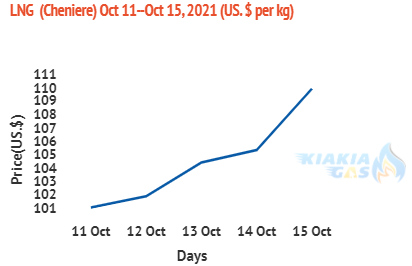 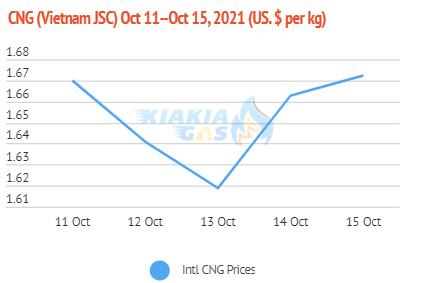 United Energy has agreed to buy a 140-mile natural gas pipeline in Wagoner County, Oklahoma, that was formerly held by Red Fork Energy. This asset includes 140 miles of 3" to 16" transmission lines, a 12" steel pipeline with a capacity of up to 20 MMcfd, 5,000 acres of leasehold, and 89 company-owned wells with significant Woodford Shale development potential. Closing is scheduled for October, pending completion of final due diligence. The Wagoner Pipeline's acquisition also throws up a slew of chances for stranded gas that hasn't been able to take advantage of current commodity prices. 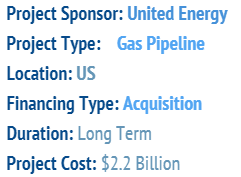 According to Reuters, as part of its efforts to reduce carbon emissions, Australia's New South Wales state announced on Wednesday that it would pay A$3 billion ($2.2 billion) in incentives to attract hydrogen projects to the country's largest coal-exporting state. Matt Kean, the state treasurer and energy minister, said the plan will not only help the state cut carbon emissions in half by 2030, but also provide opportunities for heavy industry and improve the economy by more than A$600 million. The state's main inducement is a 90 percent reduction in power network prices for electrolysers built by 2030. 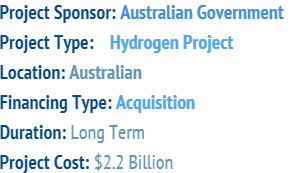 Reuters reported that Saudi Aramco has requested banks to arrange a loan in the $12 billion to $14 billion range for buyers of its gas pipeline network, according to sources, as the oil giant moves on with plans to generate funds through asset sales. According to Reuters, Aramco might raise at least $17 billion through the sale of a major minority stake in its gas pipelines. The stake would be sold with a loan financing package worth around 80% of the purchase price already in place. According to three sources familiar with the situation, banks that financed Aramco's $12.4 billion acquisition of its oil pipelines earlier this year received a call for offers from the business last week. 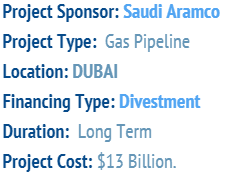 According to the Marine and Petroleum Nigeria, Sahara Group, a leading energy and infrastructure company, would invest over $1 billion to improve access to liquefied petroleum gas (LPG) across Africa and emerging nations, in order to accelerate the continent's energy revolution. This was revealed by Temitope Shonubi, Executive Director of the Sahara Group, at the African Refiners and Distribution Association (ARDA) conference 2021 in South Africa, where he spoke on the importance of LPG in Africa's energy transition. Nigeria, Senegal, Ghana, Cote d'Ivoire, Tanzania, and Zambia are among the countries selected for the storage tanks, according to him, with five others in the preliminary stages. 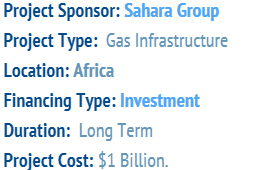