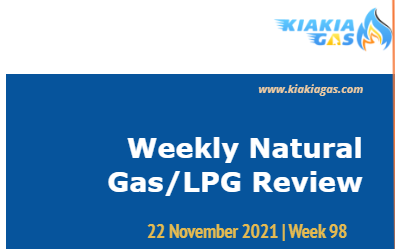 In the face of persistent underperformance this year, the federal government announced that it was rebuilding the upstream industry in order to increase crude oil production by 100% to 3.0 million barrels per day, up from an average of 1.5 million this year.

Gbenga Komolafe said the targets were hampered by a number of issues, including oil theft, insecurity, and ageing facilities while speaking at the Nigerian Association of Petroleum Explorationists (NAPE) International Conference and Exhibition in Lagos.

It was reported by Reuters that Electric grids should enhance cold weather restrictions and communicate with the natural gas industry, according to US power reliability authorities, to avoid a repeat of the February freeze that left millions in Texas without power for days.

This year has seen multiple extreme weather events in the United States, including a February cold and record-breaking heat in the Pacific Northwest this summer.

On Tuesday, the Federal Energy Regulatory Commission (FERC) and the North American Electric Reliability Corporation (NERC) released their final assessment on the February freeze, which was also known as Winter Storm Uri.

Reuters reported based on the outcomes of pipeline capacity auctions that Ukraine's state-run gas transmission system operator said on Wednesday that there was no indication that Russian energy giant Gazprom planned to send additional gas to the European Union next year.

According to Makogon Kyiv, is using electricity as a weapon against Europe. Moscow denies this and has stated numerous times that it is meeting its gas deal requirements.

"Gazprom does not aim to boost gas supply to the EU in December or the first quarter of 2022, based on auction results," the operator's head Sergiy Makogon wrote on Facebook.

The Pennsylvania Public Utility Commission (PUC) accepted a roughly $2 million settlement with a subsidiary of Energy Transfer LP for a pipeline explosion and fire in Western Pennsylvania in 2018.

On Sept. 10, 2018, a section of the 24-inch (61-centimeter) Revolution pipe failed after heavy rains created a landslide in Beaver County's Center Township. According to the PUC, the fire destroyed a nearby residence, damaged electricity lines, and burned many acres of surrounding woodland.

A $1 million civil penalty is included in the agreement, as well as around $975,000 in additional safety-related measures, such as improved pipeline start-up procedures. According to local media, the 40.5-mile (65-kilometer) pipeline was being put into service at the time of the event. 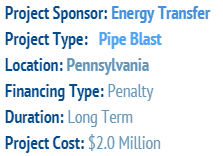 The sale of a 20% share in the unit was planned for 2019, but was postponed owing to the pandemic, which caused oil prices and demand to plummet last year. Meanwhile, earlier this year, Reliance announced plans to invest 600 billion rupees ($8.08 billion) in Jamnagar to develop four "giga factories" to make solar cells and modules, energy storage batteries, fuel cells, and green hydrogen.

A large portion of the oil-to-chemicals assets are located in western India. "In light of the new circumstances, Reliance and Saudi Aramco have mutually concluded that it would be beneficial for both parties to re-evaluate the proposed investment in O2C business," Reliance stated on Friday. 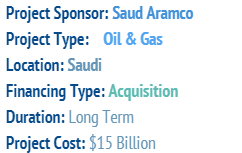 JERA owns 25% of Freeport LNG Train 1 and acquires and transports 2.32 million tpy of LNG for usage in Japan and other LNG-importing nations through its subsidiaries. The acquisition is subject to usual regulatory clearances and closing conditions before it may be completed. 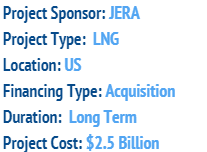 The Nigerian Upstream Petroleum Regulatory Commission (NUPRC) has announced that all approved Field Development Plans (FDPs) will now include full gas utilization and monetization programs, in order to ensure that the country benefits from the recently concluded United Nations Conference of Parties (COP 26).

Upstream investors have previously focused primarily on oil exploration and production, with little or no plans for gas development. The development has resulted in the gas sector's slow growth and retardation, with more oil companies burning gas rather than monetizing it, and the same can be said for the development of that key business capable of turning the country's fortunes around.

The Nigerian LPG market is the next success story of the Global LPG industry, if you need a partner with a global perspective and local expertise in the Nigerian and African space, kindly book a free session with our team of experts to help you http://www.kiakiagas.com/book-session or write us an email at advisory@kiakiagas.com or Whatsapp: +2348085269328