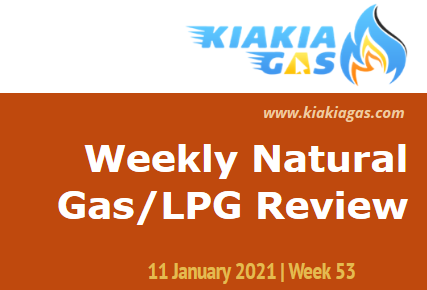 The Energy Information Administration on natural gas reported that as the Permian Highway pipeline entered operation, the Permian Basin base to the Henry Hub briefly went positive.

On Dec. 30, the price at the Waha Hub in West Texas, near production operations in the Permian Basin, averaged $2.42/MMBtu, which is 3 cents/MMMBtu above the price of the Henry Hub. As of Wednesday, the price, according to the EIA survey, averaged a weekly high of $2.52/MMBtu, 18 cents/MMBtu below the Henry Hub price.

Consignments of natural gas to the U.S. According to the report that reflects data from Dec. 31 through Jan. 6, LNG export facilities, or LNG pipeline receipts, remained around the same, averaging 11.0 Bcf/d.

An exploration and production agreement was signed by an international consortium led by Total (Total 35 percent Producer, Shell 30 percent, KUFPEC 25 percent, Tharwa 10 percent) and the Egyptian Natural Gas Holding Company (EGAS) for the North Ras Kanayis Offshore Block in the Herodotus Basin, offshore of Egypt in the Mediterranean Sea.

This exploration block occupies an area of 4,550 sq km with water depths ranging from 50 to 3,200 m, reaching from 5 to 150 km from the coast. The Herodotus Basin is an understood region and within the first three years the agreement involves a 3D seismic campaign.

According to the Department of Petroleum Resources, the gross output of Nigeria crude oil dropped by 9 percent month on month to 1.52 million b/d, due to the hit by production problems at Qua Iboe, a leading export grade.

Reuters reported on Thursday that the global crude oil prices rose higher but lost more than a fifth of their value in 2020, as lockdowns to battle the latest coronavirus depressed economic activity and sent declining oil markets.

Still, from April's nadir, Brent and U.S. crude benchmarks have more than doubled as producers cut production to meet weaker demand. News of the delivery of coronavirus vaccines also lifted prices in the fourth quarter, allowing futures to rebound to their highest level in around 10 months. 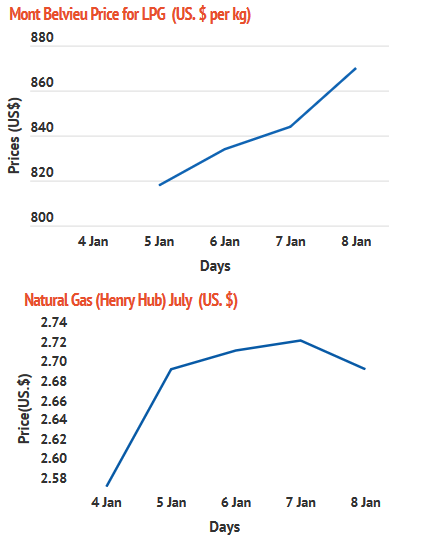 According to an e-mail communiqué dated 4 January, ExxonMobil Egypt signed a concession deal to purchase more than 4,000 square kilometres in the Stare marine. In partnership with the petroleum company Tharwa, the agreement was entered into with Egyptian Natural Gas Holding Company (EGAS).

The deal will allow ExxonMobil to operate 90%, while Tharwa will own 10%. Total recently announced an oil contract for EGAS on the offshore Mediterranean Sea Exploration and Development in Egypt. ExxonMobil Egypt (Upstream) Limited will operate with a 90% stake, while Tharwa Petroleum has a 10% stake, and 3D seismic data reprocessing is part of the activity in the region 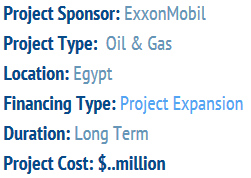 On Wednesday, TC Energy initiated an open season to request contractual commitments for crude oil transportation services from Hardisty, Alberta to Patoka, Illinois on the Keystone Pipeline System. Subject to terms and conditions stated in the open season information kit, up to 80,000 barrels per day of capacity is provided.

TC Energy provides fantastic opportunities for shippers to enter the U.S. U.S. and Midwest Markets on the Gulf Coast through the Keystone Pipeline System. A crucial element in linking Alberta's crude oil supplies to U.S. markets in Illinois, Oklahoma and Texas, and the US crude oil supply from the Cushing Occlass, center, is the 4,324-kilometer (2,687-mile) keystone pipeline system. Gulf Coast via the Systemic Marketlink Pipeline 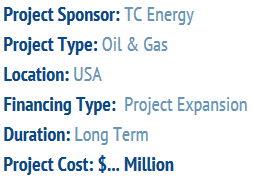 Reuters reported that in order to promote the completion of the Nord Stream 2 (NS2) pipeline, the German state of Mecklenburg-Vorpommern plans to set up a foundation to carry Russian gas to Germany and to fend off the danger of increased U.S. sanctions that stopped work last year.

The $11 billion pipeline will increase the capacity of the current Nord Stream pipeline in twofold and has become a focal point in the conflict between Russia and the West. The United States has said that by growing its dependency on Russian gas, Europe is weakening its energy security, while Russia says the United States is using sanctions to block the pipeline and secure its own natural gas industry. 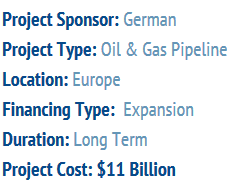 Nigeria's state oil company, NNPC is in talks to collect around $1 billion in advance payments with trading companies to renovate its largest refining facility in Port Harcourt.

The long overdue reconstruction of the refinery could minimize Nigeria's whopping fuel import bill if the financing is concluded.

If the renovation is complete, the money will be repaid over seven years by deliveries of Nigerian crude and refining products.