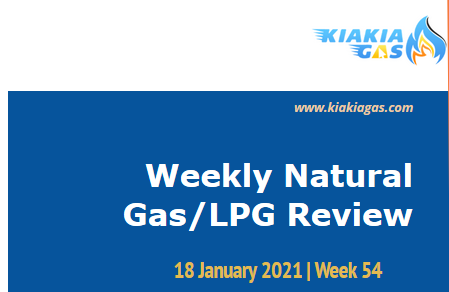 Reuters in line with Summit Midstream Partners reported the receipt by the Federal Energy Regulatory Commission of its Notice to Proceed with Construction and the approval of its Implementation Plan for the Double E Pipeline.

Double E plans to build a 135-mile (217-km) pipeline to transport about 1.35 billion cubic feet per day of gas from the Delaware Basin in the New Mexico Permian Shale and Texas to the West Texas Waha center. SMP is proud of the project's effectiveness in achieving crucial milestones on the road to building a secure and efficient pipeline for natural gas transportation, Deneke said.

On Tuesday, The Nation in line with the Petroleum Products Pricing Regulatory Agency (PPPRA) announced that the domestic consumption of Nigerian Liquefied Petroleum Gas (LPG) surpassed one million metric tonnes (Mt) last year, making it the first in the history of the nation in 2020 where the consumption of LPG crossed the one million MT mark.

In 2019, Nigeria consumed 840,594.37 MT LPG, suggesting a 60.5 percent increase over the 635,452.061MT reported in 2018. This steady and sustained growth trend culminating in the more than 1 million metric tonnes of domestic LPG consumption milestone in 2020, and has put the country first in West Africa LPG consuming nations.

Reuters reported that In spite of the coronavirus shock early in the year, China's overall crude oil imports increased 7.3 percent in 2020, with record arrivals in the second and third quarters in the midst of plunging oil prices and expanding refineries, data showed on Thursday. The world's top purchaser of oil produced a record 542.37 million tons of crude oil in 2020, or 10.85 million barrels per day (bpd).

According to data released on Thursday by the General Administration of Customs, December shipments amounted to 38,47 million tons, equivalent to 9,06 million bpd. That was down approximately 15 percent from 10.71 million bpd last year in December and 11.04 million bpd in November. 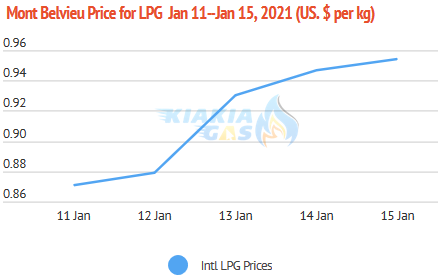 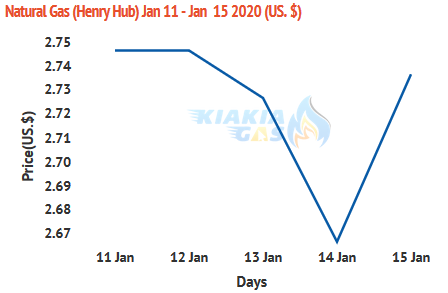 As a private sector affiliate, Qalaa Holdings' energy distributor was revealed last week to further expand the country's network of natgas stations as more gas-fuelled vehicles and buses take to the roads over the coming years.

This indicates that far more than half of the 300 stations planned by the government over the next three years have been taken over by TAQA. 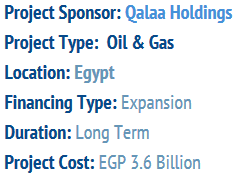 Reuters reported that, the U.S. State Department told European companies it believes are helping to develop Russia's Nord Stream 2 gas pipeline that they face the possibility of sanctions as a final round of punitive steps against the project is being planned by the outgoing Trump administration, two sources said on Tuesday.

The State Department is set to release a report on businesses that it suspects are funding the Russia-to-Germany pipeline by Thursday or Friday. Companies that may be included in the report include insurance companies, helping to lay the undersea pipeline or verifying the construction equipment of the project. 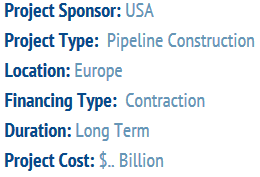 The Commission of the Canada Energy Regulator (CER) has endorsed the approval of the NOVA Gas Transmission (NGTL) Edson Mainline Expansion Project by the federal cabinet, which requires the development and operation of two sections of 53 miles (85 km) of natural gas pipeline loops and associated facilities.

During the hearing, indigenous people raised different concerns about future effects on their rights and interests. The Commission recommended a number of requirements, including the need for a construction monitoring plan to include indigenous observers during and after construction, as part of its response to these concerns. 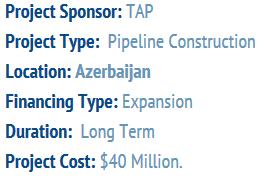 On Wednesday, Norway's Equinor said it had sold its interest in Athabasca Crude, a Canadian company that produces carbon-intensive oil sands. In 2017, Equinor, formerly named Statoil, obtained the shares as part of a deal in the Canadian province of Alberta to sell its Kai Kos Dehseh oil sands plant.

Athabasca produced 20,200 barrels per day of oil sands crude in the third-quarter of 2020, accounting for about two-thirds of its total output, according to regulatory filings.

In 2017, Equinor vowed not to invest in oil sands, a heavy oil resource that needs more energy to be generated than traditional sources, resulting in greater emissions of greenhouse gases.