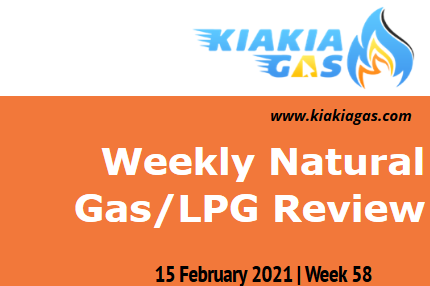 Reuter reported on Friday, that the United Kingdom Supreme Court permitted a group of 42,500 Nigerian farmers and fishermen to sue Royal Dutch Shell (RDS) in English courts after years of polluted land and groundwater in the Niger Delta oil spills.

The senior Judge said in the latest test of whether multinationals should be held to account for the actions of overseas subsidiaries, there was an argumentable case that UK-based Shell, one of the world's largest energy firms, is accountable.

The decision also marks a turning point in the transparency of international firms. Increasingly impoverished populations are attempting to keep powerful corporate players to account, and their ability to do so would be greatly enhanced by this decision.

Reuters reported on Thursday, days after the oil and gas producer cut wages for top executives and board members, Marathon Oil Corp laid off about 100 U.S. employees, or around 5 percent of its total workforce, a company spokeswoman told Reuters.

While oil prices have risen back above the $60 per barrel pre-pandemic level in recent months, producers are concentrating on improving balance sheets rather than raising production, as demand estimates rely on the rollout of vaccines.

"The spokeswoman for Marathon Oil said that the actions of the company were part of its "commitment to constantly optimize cost structure.

The three-month campaign consists of more than 3,200 sqkm and is scheduled to begin in Q2 2021, using its multisensor streamer system with a zero-offset configuration to use Geo Coral.

This announcement coincides with the decision by Shearwater to open a manufacturing and imaging center in Perth that will serve customers in Australia and Asia-Pacific. In the coming period we will be able to incorporate and expand this center with the leading processing technologies from the Shearwater industry. 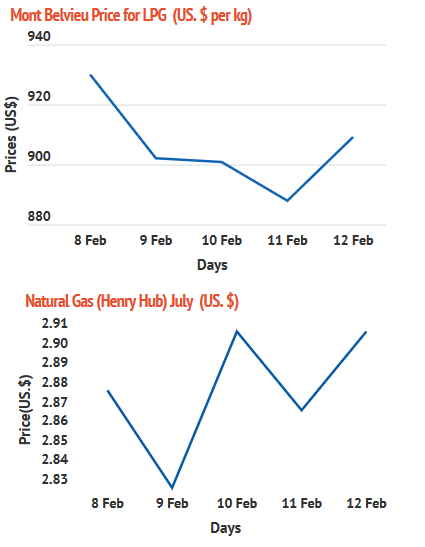 Reuters reported on Friday, the chief executive of Virginia natural gas corporation RGC Resources Inc said that the joint venture constructing the $5.8 billion-$6.0 billion Mountain Valley gas pipeline from West Virginia to Virginia expects the project to be completed by the end of 2021.

That correlates to what other companies involved in the project have said after they agreed to give up a national permit in January that covers all stream crossings and obtain individual permits to cross the remaining approximately 430 streams instead.

Mountain Valley Pipeline contends that pursuing the process of individual permits... RGC CEO Paul Nester told analysts on a call, "It is the most effective regulatory path to completing the remaining components of the project." 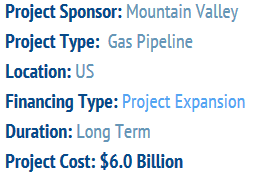 Reuters reported on Wednesday, that Brookfield Partners with Infrastructure L.P. confirmed an unsolicited C$7.08 billion ($5.6 billion) bid to acquire Canada's Inter Pipeline Ltd as it tries to gain from rebounding demand for oil and gas was rebuffed after an approach last year.

Brookfield has gained 19.65 per cent of economic interest in Inter Pipeline to become the top shareholder in the Calgary based business, controlling and operating assets in utilities, shipments and storing.

The infrastructure firm provided Inter Pipeline with a premium of C$16.50 per share on Wednesday, valuing the equity of the group at C$7.08 billion. The agreement is worth C$13.5 billion, including debt. 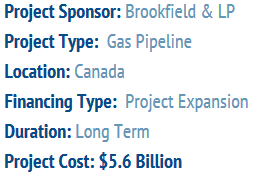 Reuters reported on Wednesday that with a new EUR 1 billion ($1.21 billion) issue, Gazprom reverted to the bond market, in a signal of investor trust in the state's Russian gas producer in spite of tensions with the West.

The latest bond agreement comes just 3 weeks after a $2 billion Eurobond issue was raised by Gazprom.

In the last few weeks, the Kremlin critic Alexei Navalny has been imprisoned in Russian relations with the West, resulting in the expulsion of diplomats by tit-for-tats. Gazprom leads from Russia to Germany, against which Washington is opposed, a $11 billion Nord Stream 2 gas pipeline project. The project is subject to U.S. sanctions that delayed it. 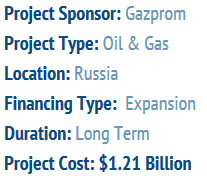 TheNation News reported that the Federal Government has launched the Nigerian Upstream Cost Optimization Program (NUCOP) to reduce crude oil costs to 10 dollars per barrel. The Minister for Petroleum made this known in Abuja

Sylva told the meeting that this year's Petroleum Industry Bill (PIB) passed the executive branch of government on the same page as the legislature. If the renovation is complete, the money will be repaid over seven years by deliveries of Nigerian crude and refining products.

he Nigerian LPG Market is the next success story of the Global LPG industry, if you need a partner with a global perspective and local expertise in the Nigerian and African space, kindly book for a free session with our team of experts to help you http://www.kiakiagas.com/book-session or write us an email at advisory@kiakiagas.com or Whatsapp: +2348085269328