LPG AND ITS APPLICATIONS

LPG can be used as a trasportation fuel, chemical feedstock, or for agricultural purposes. Using LPG in other sectors apart from the domestic sector will increase national LPG consumption. 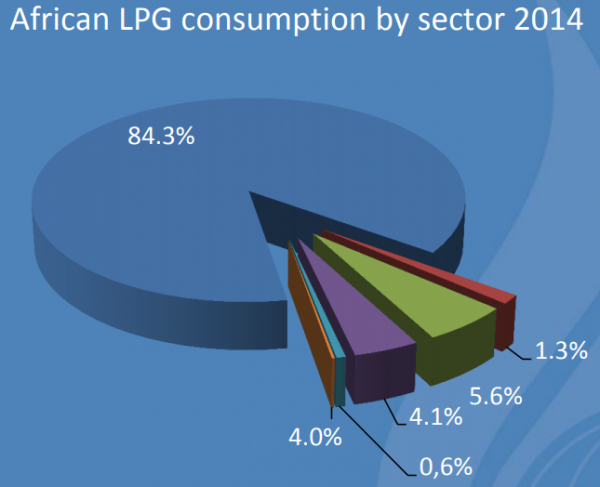 LPG AND ITS APPLICATIONS

The development of science and technology results in the discovery of more applications of an already existing resource (for instance, grain drying with propane). Favourable government policies enable these technologies to become main stream (such as Autogas in the Netherlands). In a previous article, The Case for Gas, some applications of natural were mentioned such as the application of gas to power generation and transportation. In this article, an overview of various application of the Liquefied Petroleum Gas (LPG) in the world and how it can be incorporated in Nigeria, and Africa at large, will be undertaken.
LPG is composed of propane and butane, which are combined in different ratios (e.g. Nigeria uses a 95% butane and 5% propane specification), and these ratios determine how the fuel will burn. LPG is normally liquefied under pressure for transportation and storage.  The World Liquefied Petroleum Gas Association (WLPGA) describes LPG as a clean-burning, sustainable and efficient fuel and a vital source of energy for hundreds of millions of people throughout the world today. Nigeria with a population of about 200 million people, consumed just 840,000 tonnes of LPG in 2019, which means the per capita consumption of LPG is currently 4kg. This is an increase from the per capita consumption of 2.3kg reported in 2016 which was less than the Sub-Saharan LPG per capita consumption of 2.5 kg.

LPG CONSUMPTION BY SECTOR IN AFRICA
The World Bank group (2018) indicated that Africa has an average per capita consumption of LPG of 3 kg per year. Africa had a population of approximately 1.3 billion people in 2018, leading to an estimated total LPG consumption in Africa of 3.9 million tonnes in 2018.  When compared to the global LPG consumption of the same year, which was 300 million tonnes, the African market is negligible in the grand scheme of things. It stands to reason that African consumption of LPG is low because it is not diversified.
The major use of LPG in Africa is as a domestic fuel for cooking, with the domestic sector making up 85% of LPG consumption in Africa in 2014, while the domestic sector only made up 45% of global LPG consumption in 2014. Admittedly, consumption patterns have changed since 2014 but there is no data available to indicate that Africa’s application of LPG has changed considerably. Africa’s lack of diversification can be linked to its low level of industrialization. In 2016, the United Nations (UN) reported that the continent accounted for 3% of the global manufacturing output in the 1970s but that has since been halved. Also, in the agricultural sector, there is little mechanization, leading to low productivity. The industrialization of Africa will, like a ripple effect, lead to more non-domestic demand for LPG, which will result in a growth in total LPG consumption in Africa.

Source: WLPGA (2016), The role of LPG in supporting African Development. 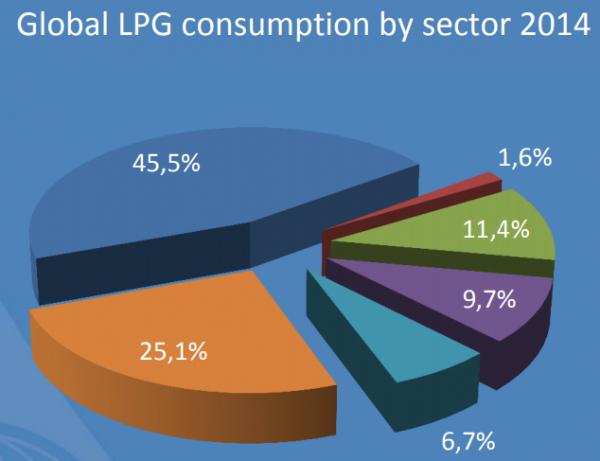 Source: WLPGA (2016), The role of LPG in supporting African Development.

APPLICATIONS OF LPG
It is necessary to look into a few applications of LPG (apart from cooking) that will be useful in Africa, Nigeria in focus. LPG is clean and efficient fuel, offering benefits to the consumers, industry and environment. LPG can be used in transportation, in commercial business, industry, farming, domestic heating and cooking, and for recreational purposes. A few of these applications are explained below: 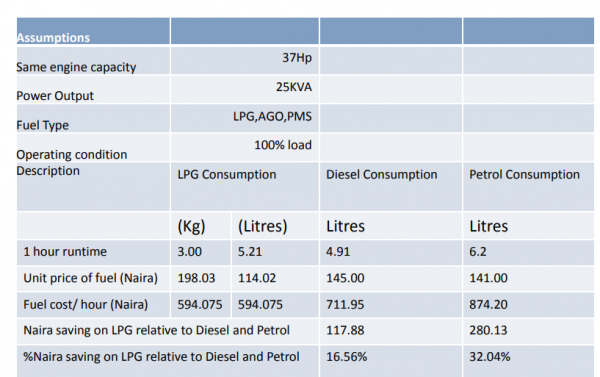 Some current applications of LPG on farms include:

CONCLUSION
It is without doubt that LPG is an efficient and a versatile product. The above listed applications of LPG are few amongst other applications which can be put to work in Nigeria. The Federal Government of Nigeria plans to increase the national LPG consumption to 5 million tonnes by 2023, this can be made possible by also convincing existing and incoming industrial facilities managers, farmers, energy providers, amongst other sectors to use LPG  in their processes.
Much infrastructure is needed to achieve this feat, and such investments will not go unrewarded. The call for the industrialization of Africa has become louder than ever; this industrialization will come with increased demand for LPG; hence investing in LPG will yield long term profit.


KiakiaGas Limited is a leading Gas business in Lagos,Nigeria with expertise in LPG retailing, New Gas Market development, Building of Gas Plants and Gas strategy advisory
If you need a partner with hands-on local expertise in the Nigerian Gas space or any of our bespoke solutions/services, write us at gaspreneur@kiakiagas.com or call/Whatsapp: +2348085269328